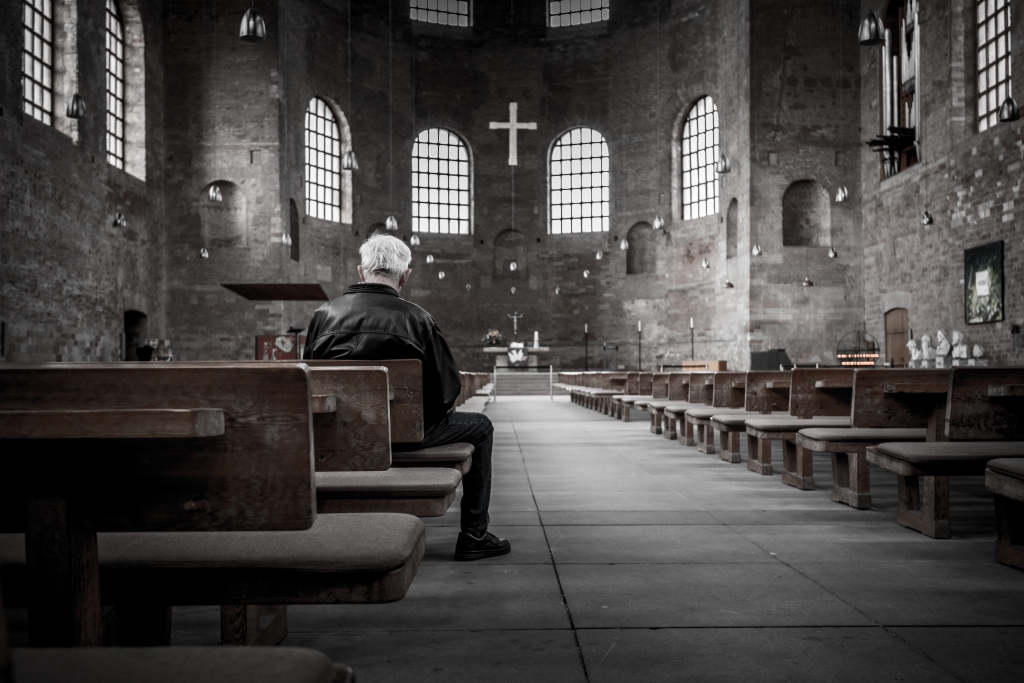 I’ve had the opportunity to travel to some amazing places. Whether basking in the stunning beauty of the Teton Mountains or standing on the gorgeous white sand beaches of the Caribbean, the same question has popped into my mind, “I wonder what it is like to live here?”

Namely, can something so breathtaking get old? Could you possibly take such a sight for granted? My guess is “yes”. I say this from experience.

I have known the most beautiful story in human history for my entire life. The truth is, sometimes I forget to stop and look at how incredible it really is.

Millions of Christians around the world are taking the time to remember the ultimate sacrifice of a Savior who died so that we can live. Whether you follow Jesus or not, there is no doubt that this day altered the trajectory of history.

Good Friday is similar to a classic work of art. It never gets old because there is always something to see that you haven’t noticed. Every angle has beauty of it’s own. This year, I have been fascinated with a side player in the Good Friday story, a man named Barabbas.

As Jesus is on trial, a ruler named Pilate tries to figure out why Jesus is standing in front of him. Pilate hears accusations from religious leaders but he can’t find anything that Jesus had done wrong.

While an angry crowd chants, “Crucify him! Crucify him!”, Pilate comes up with a plan to get out of the situation. He decides to give the people a choice.

On one side is a man who tried (but obviously failed) to lead a bloody political revolution. On the other side is a man who refused to live by the political expectations of the masses. He affirmed that he was a king but said, “My kingdom is not of this world”.

Pilate announces to the mob that he will let one of these prisoners go free. “Who should I release to you?” he asks. With one voice the people shout “Barabbas!” Confused, Pilate asks what he should do with Jesus. Again the people raise their voices in unison, “Crucify him! Crucify him!”

I have often thought about this scene and wondered, “How could the crowd make this choice?” As I have reflected on it, I think the people responded this way for two reasons. They were afraid and angry.

Their leaders convinced them that they were following a heretic. They instilled fear of where Jesus would truly lead them.

Their anger was also palatable. An oppressive government was taking advantage of them with no one willing (or able) to save them. They were mad that Jesus refused to do things their way.

It turns out we don’t make our best decisions when we are afraid and angry. It’s interesting to me that this is often the tactic used of people seeking to gain power. This is evident in our modern political system. Following Jesus requires obeying a King whose “kingdom is not of this world”. That is just as countercultural today as it was 2,000 years ago.

The story of Barabbas is also the story of my life. In the midst of the injustice to Jesus, a guilty person goes free. Anyone else who chooses to follow Jesus can say the same thing. We are guilty but he stands in our place so that we can live.

Today I imagine myself in the shoes of Barabbas, it helps me appreciate just how GOOD today really is!

The last time I trimmed my beard was around the Winter Solstice. There was no reason I decided to stop grooming my face blanket. It was mostly a practical choice. I wanted hair somewhere above my shoulders when the cold winds of winter were whipping at my head.

Around the beginning of February, my beard began taking on a personality of it’s own. In return, I gently cared for it. I knew it had a significant place in my life when I started to use shampoo and conditioner for the first time in twenty years. As I look back, that is probably when it won it’s way into my heart. In moments of stress, I could put my hand on my face and remember that my crumb catcher had never left me. Its presence brought me comfort. It also brought me compliments.

“Wow! Nice beard!” strangers would say. Sure, some of them may not have wanted to insult me to my face (especially with my beard staring right at them) but some of them were probably sincere. Many friends gave me accolades too. My chin sweater was no longer something practical to keep me warm. It was an extension of myself.

All of the sudden, I was hit with a conundrum. When is it time to let go? This internal struggle made me realize that I might have an opportunity to lean into one of the fundamental realities of life.

I generally dislike this idea. As I reflect on it, I think one of the reasons why I seek to avoid change is because it makes me feel out of control. I like to think that I can settle into predictable patterns and live comfortably.

There is one problem with this philosophy. Ultimately, I am in control of very little. I don’t control the seasons. Neither do you. Just like summer turns to fall and winter turns to spring, there are seasons of our lives in which significant transformation takes place.

Kids grow up. Sickness hits. Friends move on. Loved ones die. Culture shifts. The only constant in life is change.

I do violence to my soul when I refuse to admit that there are seasons of life. When circumstances shift in my life, I can choose to ignore the facts and move on like nothing is different or I can grieve the ending of a season. It is only then that I can embrace the new season that I have been given.

So, I choose to trim my beard. Not because I am getting tired of it or because people are giving me negative comments. Those are the typical reasons I am tempted to make changes in my life.

I trim it because it is spring. It is an outward sign of an inward reality.

When seasons change so do we.